We’re living in a golden age of science communication, but too many people are missing out, says Thomas Hayden, director of the master’s degree program in environmental communications. The challenge for science communicators now is to break through structural and ideological barriers to connect more deeply with more people.

In the 2016 election, serious debate about science issues and policy was conspicuous by its absence. But does that mean that science communication as a whole has failed?

Thomas Hayden trained as an oceanographer, spent 15 years as a national-level science journalist, and is now director of the environmental communication Master of Arts program in Earth Systems at the School of Earth, Energy and Environmental Sciences (Stanford Earth). He spoke with Stanford Report about the role of science communication in politics, in society, and in helping to keep science itself high on the national list of priorities. 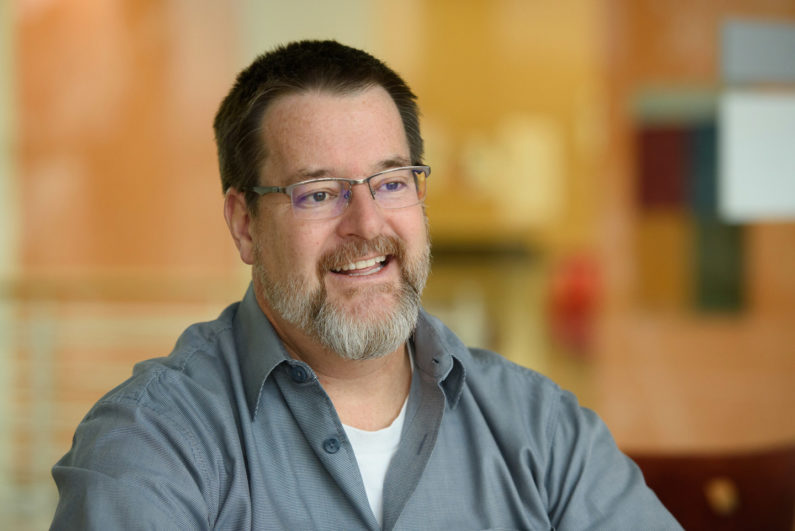 When you write about science, who are you hoping to reach?

We should be talking to everybody, not a niche audience. Too often we treat science as some kind of “other” topic, different somehow from politics and sports and entertainment and the rest of life. But science is a human endeavor like any other, and it’s interesting and relevant to everyone – even if not everyone realizes that yet. It’s the job of a science journalist or communicator to connect the science to people’s interests, to show how it is relevant to the things they care about. There’s a lot of potential to connect with people where they are.

What role, if any, do you think science communication played in this election?

I think it played a fascinating role, largely by its absence from the main stage. There was a great deal of first-rate science journalism and communication produced during the election, but instances of it breaking through to the foreground were essentially non-existent. To the extent that science did appear, it was as politicized versions of real issues like climate change and vaccination, as curiosities almost rather than as the issues of critical national importance that they are.

What is the greatest challenge facing science communication right now?

The challenge is to break through to more people.

I don’t believe the received wisdom that large blocks of Americans are “anti-science.” The culture reflects a broad love of science – we have thriving science museums, we have huge movies that are full of science, our children’s books are filled with dinosaurs. And really, there is nothing more American than the free practice of science – asking questions, finding better ways to do things, putting practical rationality and self-reliance above superstition and complacency.

Everybody has a list of 20 or so issues that they care about but only have the mental space for two or three. In surveys, including those surveys done by Jon Krosnick in the Department of Communication, people consistently rank things like climate change and other scientific issues high on their list of most important problems but high means 18, 19, 20, not one, two, three. One of the biggest challenges for American science communicators now is to help science break through, as an important part of the American way of life, to the top of people’s most important problems list.

Given how science was ignored in the previous election, is science communication becoming irrelevant?

Absolutely not, though I get that it can feel that way to the people doing the work. My very first journalism article, in 1996, was about climate change. It’s easy to look back and say, “All this work and we’re still having the same arguments and battles? Woe is me!” But I reject that completely. Science journalism and science communication have actually done a remarkable job of connecting the public directly to the most complex, rapid period of scientific advance in history. It isn’t a failure of communication that some powerful, high-profile people still claim to doubt the reality of climate science – it’s a remarkable success that after 30 years of organized pushback and misinformation against climate science, the clear majority of Americans still recognizes the reality of something they can’t really see and that has effects distributed around the world, not necessarily concentrated in our own neighborhoods.

Do we have all the policies in place we need to combat climate change? No, we don’t. But we have a lot more in place than we did five years ago or ten years ago. What’s unknown is whether we still will in five years or even five months, but that doesn’t make science communication less relevant. It makes brave, forthright science journalism and communication more important than ever.

Are there any lessons we can learn about science communication under an administration that doesn’t favor science?

There was an interesting parallel situation in Canada under Stephen Harper, who was the prime minister for most of the last decade. There are a lot of similarities of background and ideology between Harper and his cabinet and the people President-elect Trump is nominating for key science positions. And during Harper’s time there were a number of significant impacts on science and science communication.

There were cuts in research funding, notably for basic research and environmental science programs. There were closures of government laboratories, closures and consolidations of government information systems, including libraries. Some data became less accessible and some of it was lost outright. And there was a system-wide gag order placed on government scientists.

Those are all things that Americans need to watch out for now. As science journalists and communicators, when openness closes down, one of our most important jobs is to push back, to help the information come out regardless.

Is there a role for scientists or universities to promote science communication?

Scientists and institutions of science have everything to gain by continuing to be strong allies for science communication. That means seeking more opportunities for communication and outreach themselves, including working with professional communicators to boost their effectiveness. And it means recognizing the crucial role that robust, independent science journalism has to play in making sure science has its proper place at the table – even when the questions are tough or the stories uncomfortable.

Changes in journalism also mean that universities have a newly important role in training science journalists and communicators, and a new generation of scientists and science professionals who have the skillset and mindset to be active, effective communicators themselves. When I came to Stanford eight years ago, I started two science communication classes. Now we have 10 in Stanford Earth alone. We have a new Environmental Communication Master of Arts Program in Earth Systems and popular writing and podcasting series our students produce. And there are terrific efforts in science communication across campus, like the undergraduate Notation in Science Communication and the Biology Senior Reflection.

I’m really proud of what all of us are doing here at Stanford, and I see pockets of similar efforts at other universities and institutions. There’s both a duty and a huge opportunity for more of the people and institutions of science to become really committed to active and effective science communication. I feel a lot of optimism about what’s happening now, and determination to help keep that momentum growing.