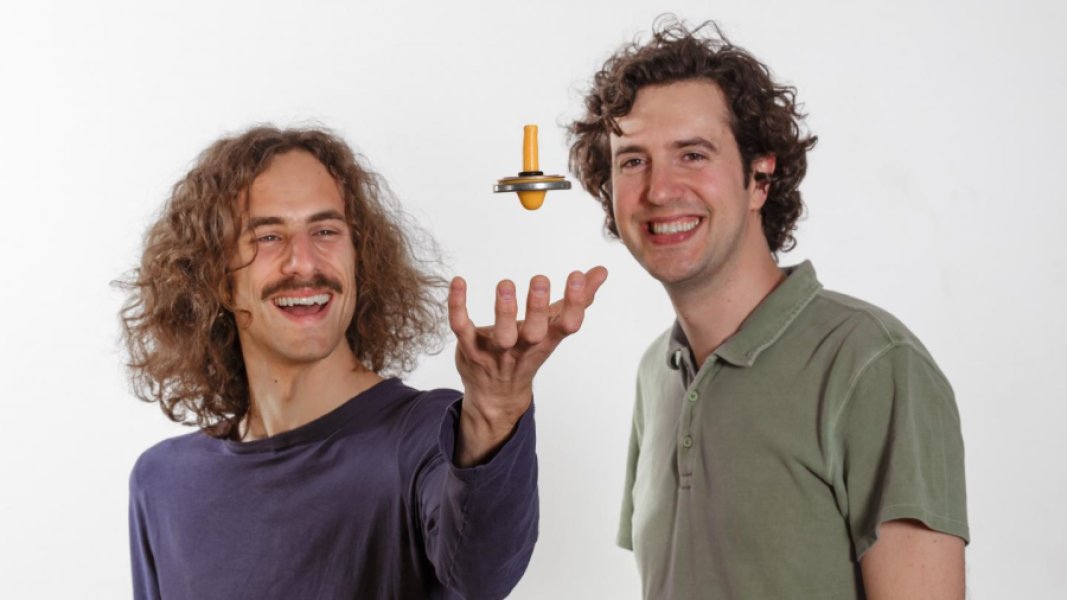 Already in 1842, British mathematician Samuel Earnshaw proved that there is no stable configuration of levitating permanent magnets. If one magnet is levitated above another, the smallest disturbance will cause the system to crash. The magnetic top, a popular toy, circumvents the Earnshaw theorem: When it is disturbed, the gyrating motion of the top causes a system correction and stability is maintained.

In collaboration with researchers from the Max Planck Institute for Quantum Optics, Munich, physicists in Oriol Romero-Isart’s research group at the Institute for Theoretical Physics, Innsbruck University, and the Institute for Quantum Optics and Quantum Information, Austrian Academy of Sciences, have now shown that: “In the quantum world, tiny non-gyrating nanoparticles can stably levitate in a magnetic field.” “Quantum mechanical properties that are not noticeable in the macroscopic world but strongly influence nano objects are accountable for this phenomenon,” says Oriol Romero-Isart.

Albert Einstein and Dutch physicist Wander Johannes de Haas discovered in 1915 that magnetism is the result of quantum mechanical principles: the quantum angular momentum of electrons, or so-called electron spin. Physicists in Oriol Romero-Isart’s research group have now shown that electron spin allows the stable levitation of a single nanomagnet in a static magnetic field, which should be impossible according to the classic Earnshaw theorem. The theoretical physicists carried out comprehensive stability analyses depending on the object’s radius and the strength of the external magnetic field. The results showed that, in the absence of dissipation, a state of equilibrium appears. This mechanism relies on the gyromagnetic effect: Upon a change in direction of the magnetic field, an angular momentum occurs because the magnetic moment couples with the spin of the electrons. “This stabilizes the magnetic levitation of the nanomagnet,” explains first author Cosimo Rusconi. In addition, the researchers showed that the equilibrium state of magnetically levitated nanomagnets exhibits entanglement of its degrees of freedom.

The research was supported by the Austrian Federal Ministry of Science, Research, and Economy (BMWFW) and the European Research Council (ERC).

Materials provided by University of Innsbruck. Note: Content may be edited for style and length.